Redditor u/Resident-Step-2917 recently shared that their 13-year-old stepson recently came out to their biological father as trans. The father, however, couldn’t accept it, and was not open to the idea of their son coming out. Luckily, the OP, and teenager’s stepmom, was more supportive, and decided to stand with the recently-out teen. So, when the teen wanted to get a buzz haircut, the stepmom decided to step and in and took him to the barber – much to the dad’s disapproval. Not her husband is furious at her, and she wanted to know if she was in the wrong for doing it, and wondered if she crossed boundaries. Check out the story below, and decide for yourself. 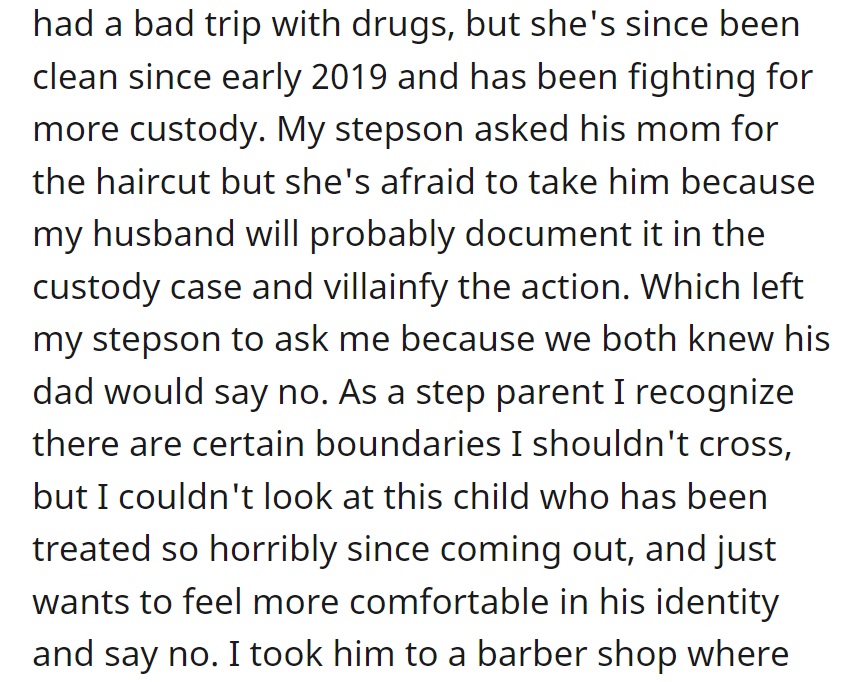 Thankfully, Reddit sided with the stepmom and voted that she’s absolutely not the a-hole here. Fellow Redditors believe that the only a-hole is the dad who can’t accept that their child is trans, and that his behavior is inexcusable.