Home Uncategorized The Rainbow Flag That Is Invisible To The Indian Society! What does pride mean to you? Pride is being proud of who you are. Pride to me means acceptance, tolerance, and love. In many parts of the world, people are not accepted for who they are and who they love. The month of June is recognized as the Pride month to commemorate the Stonewall Riots of 1969.
The LGBTQ+ community in India celebrated with rainbow colours in September, 2018 after the highest court, Supreme Court struck down the colonial yet a draconian law that penalized gay sex. Although it is tremendous news for the community to celebrate, yet there is still room for acceptance and tolerance. If you ask the question, are we there yet?! Well, unfortunately, not. The Netherlands is the first country in the world to legalize marriage equality in 2001 and Taiwan, the first country in Asia to legalize same-sex marriage in 2019. It took our Asia continent 18 years to reach where the Netherlands is at. The road to LGBT equality is a sturdy drive but with education, awareness and sensitizing, the stigma around it could be reduced, if not removed completely. Although, section 377 was in violation of Article 14, Article 15 and Article 21 of the Constitution of India, however, it is crucial to distinguish between law and justice, especially when a law introduced by the Britishers were interpreted in the 21st century. Despite the law been struck down, the LGBTQ+ community in India faces discrimination on many levels. Young adolescents and young people are equally bullied in schools, universities, and at the workplace. Although, the Supreme Court judgement was in favour of the LGBTQ+ community, yet it does not completely protect or safeguard the person from harassment or any kind of violence against the community per se. The level of tolerance and acceptance is comparatively low in the remote areas of India where there is a prevalence of forced marriages, conversion therapies and correctional rape which goes unreported. A person who identifies either lesbian, gay, bisexual, transgender, intersex or queer per se, feels much safer with a person from the LGBTQ+ community than with one’s own family member or a friend who are not tolerant. In order for India to reach the level of tolerance and acceptance, the mentality and the attitude of the people needs to change. It starts with introducing the LGBTQ+ curriculum in schools and creating an inclusive yet safe space at institutions such as schools, universities and workplaces. Teachers at schools and universities must be taught to handle situations pertaining to discrimination, harassment, and bullying any individual based on their gender, sexuality, or orientation.
Many multinational corporations has the diversity and inclusion policies in place, however, there are none when it comes to Small Medium Enterprise (SMEs). There should be a requirement to have the policies in place despite the segmentation of the sectors.
Every individual has the right to embrace their sexuality, gender, and orientation. Although same-sex marriages are not legal in India, a handful of couples of same-sex have been granted permission to marry legally. India as a varied and diverse country, the perception towards the LQBTQ+ community is not positive, and the experiences vary.
The LGBTQ+ rights in India aren’t fully resolved. The basis of human rights is that all humans are equal and no one is above or below anyone. Religious institutions that teach homosexuality as a sin is still prevailing in India along with those who consort to corrective rapes, conversion therapies, and forced marriages against the consent of an individual. Although, the LGBTQ+ advocates are vocal about the issues, yet there is no concrete law that safeguards the protection of any individual who identifies within the LGBTQ+ community.
Having personally worked with many organisations and across the globe, India truly has got a long way to get to where the rest of the LGBTQ+ friendly countries are at. The rainbow flag is still invisible to the Indian society due to the varied perception, attitude, and mentality. The overturning of the law doesn’t change the mentality or the attitude of the people of India. It takes stages such as education, awareness, and sensitizing to change the attitude and the mentality of the people. Slowly but steadily, through education, awareness, and sensitizing, India will reach the final destination.
The journey has only begun for the LGBTQ+ community in India. The path is not easy, but with the constant raising of concerns, and through awareness and education, we could pave a safer and accepting society for the generations to come!

This article was originally published on The Lex Gaze Weekly and reproduced with authorization. 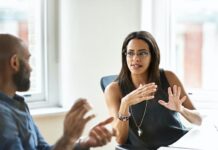 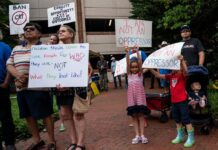 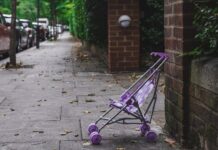 “In The Life Of A Woman”

LGBTQ-Editor - November 5, 2020
0
Written & submitted by: Nerissa Goff, a writer and a poet - focusing my gatherings of words on liberating and empowering womankind, as a collective....