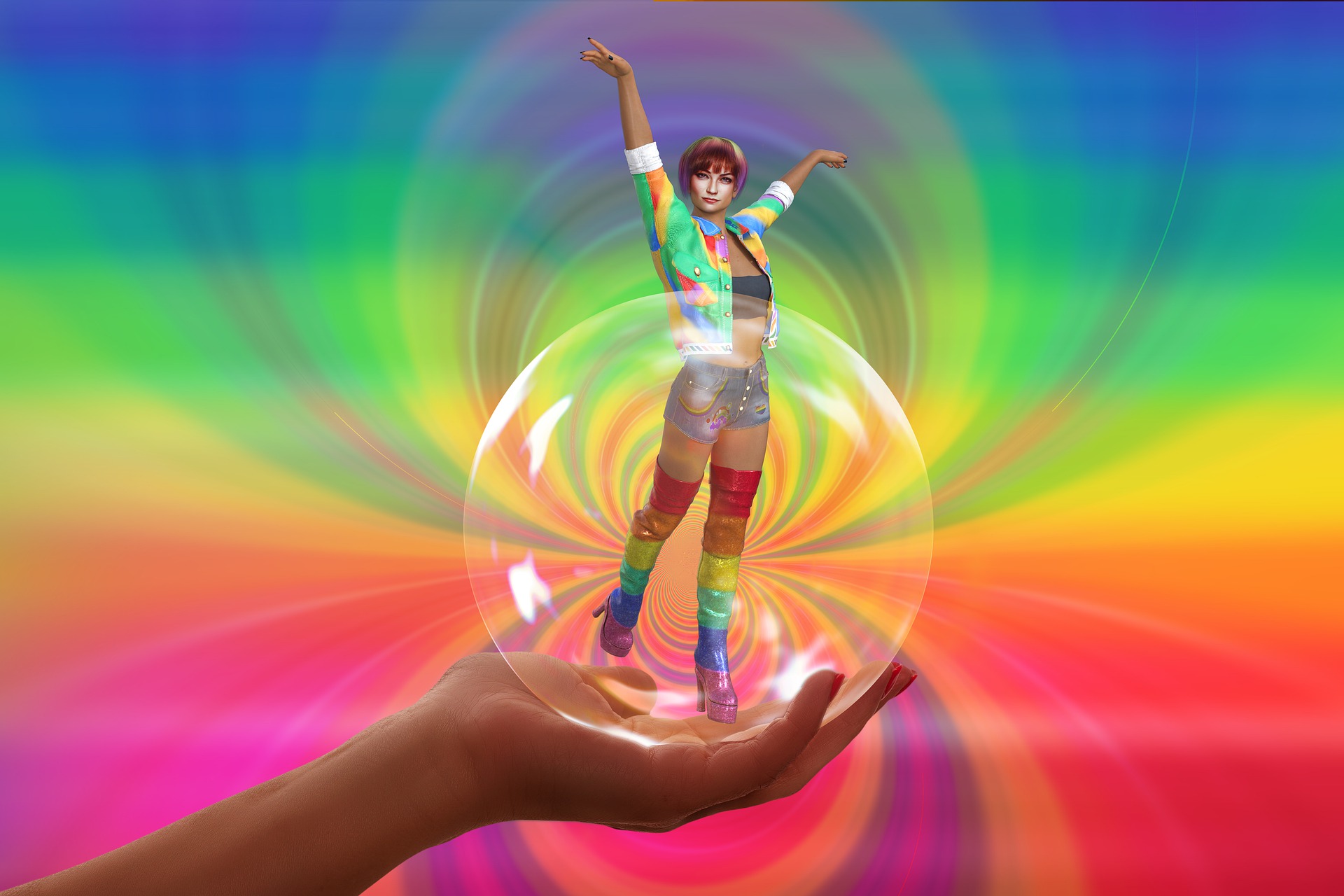 Many queer women inspire people everywhere through art, music, photography, and more. These women are embracing their queer identities, as well as being empowered as women. They’ve helped to advance many fields and made extraordinary contributions to social justice and media.

Each of these women is a pioneer in their field and has used their influence for advocacy, as well as opening conversations about living as a queer person. We can all learn something from each of their unique stories.

R&B artist Kehlani has long identified as queer and bisexual. Over the years they have publicly gone through the journey of discovering her sexuality before coming out on Tik Tok as a lesbian, citing that she finally knew exactly who she was. She also revealed that she goes by she/they pronouns.

Her long-standing career begins in 2011 with being part of the group Poplyfe. She’s gone on to create critically acclaimed solo albums Sweet, Sexy, Savage, It Was Good Until It Wasn’t, and Blue Water Road.

Outside of music, she gave birth to her daughter Adeya in 2019 and was very open about prenatal depression during her pregnancy. She’s also been open about other traumas, including being a survivor of sexual assault and rape.

Kehlani has given a raw and honest look at dealing with trauma and discovering who you are while creating beautiful music.

Seminole-Muscogee-Navajo photographer Hulleah Tsinhnahjinnie is an influential photographer, museum director, curator, and professor. She began as a painter but “turned to photography as a weapon when her aesthetic and ethnic subjectivity came under fire.

Much of her work focuses on beauty not as a taboo, due to beauty being embraced in Native American culture. As an indigenous woman, she felt that beauty was defined in terms of empowerment. Many of her works from the 90’s examined the worth of beauty and challenged the “return to beauty” discourse happening among artists during this time. Critics were challenging taboos surrounding beauty and women’s bodies and she offered another outlook.

Many people are misinformed about native culture and Tsinhnahjinnie aims to bring light to that by depicting beauty and struggle.

Professional soccer player Megan Rapinoe is no stranger to advocating for the queer community. A player for the National Women’s Soccer League and the US National Team, she’s a powerhouse on the field. Being named best FIFA women’s player in 2019 and winning gold with the women’s National Team at the 2012 Summer Olympics is no small feat.

Off the field, Rapinoe is an advocate for many LGBTQ+ organizations, including the Gay, Lesbian, and Straight Education Network (GLSEN) and Athlete Ally. She’s also loud with her advocacy for many groups, kneeling in solidarity with Colin Kaepernick during the national anthem and staying silent during, as well.

Many of her accomplishments have been recognized, including being named one of Time Magazine’s 100 Most Influential People of 2020 and being awarded the Presidential Medal of Freedom by Joe Biden in 2022.

She stated that she knew she was a lesbian by her first year of college and publicly came out in the July 2012 issue of Out Magazine.

Rapinoe is a superstar on and off the field!

Cecilia Chung is a civil rights leader and activist for LGBT rights, HIV/AIDS awareness, health advocacy, and social justice. As a transgender woman who’s HIV positive, she knows what it’s like to live as part of these groups.

A strong advocate for health-related issues affecting the LGBT community, she’s the first Asian and Trans woman to lead the board of directors for the San Francisco Pride celebration.

Chung was appointed by President Obama to the Presidential Advisory Council on HIV/AIDS, where she served two terms. She’s also the Director of Evaluation and Strategic Initiatives at the Transgender Law Center.

Going from being homeless due to losing her job when she started transitioning, to where she is today is a beautiful journey that hasn’t gone unrecognized. She’s been awarded California Woman of the Year and the Human Rights Campaign Community Service Award, to name a few.

Chung is an inspiration to queer (and non-queer!) folks everywhere.

You may know transgender actress Laverne Cox best from her role as Sophia on Orange is the New Black. She has a long history in TV and directing, starting with her show TRANSform Me, making her the first black trans person to produce and star in her TV show. The show went on to be nominated for a GLAAD Media Award.

Cox made strides in the acting industry, being the first trans person to be nominated for a primetime Emmy Award for outstanding guest actress in a comedy series for her role as Sophia in Orange is the New Black. Her prominence in the mainstream media opened many conversations about trans culture, especially as a woman, and how it intersects with race.

A record breaker, being the first trans woman on the cover of Time magazine and to win a daytime Emmy, Cox has opened the door for trans acceptance and continues to use her platform to be an advocate. 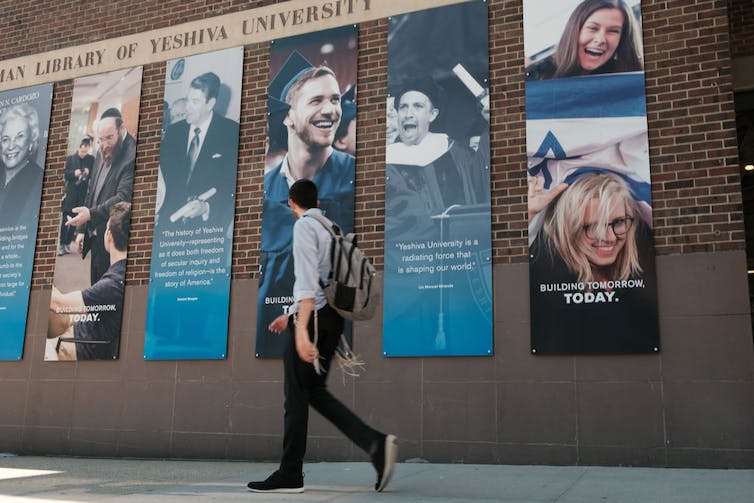 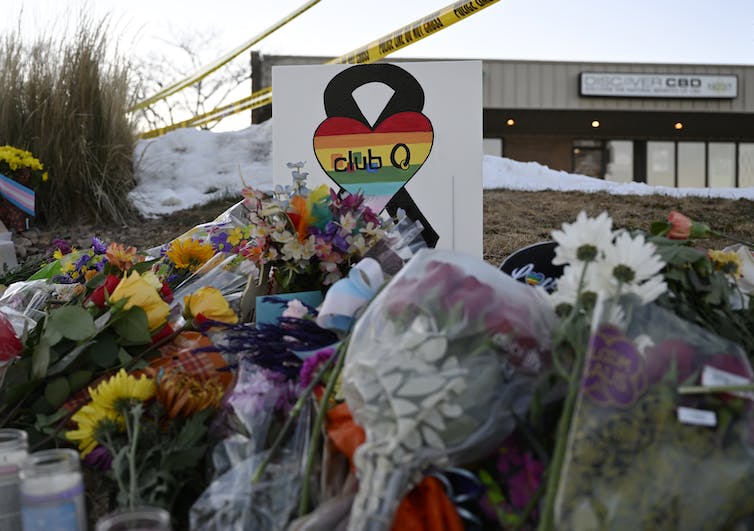 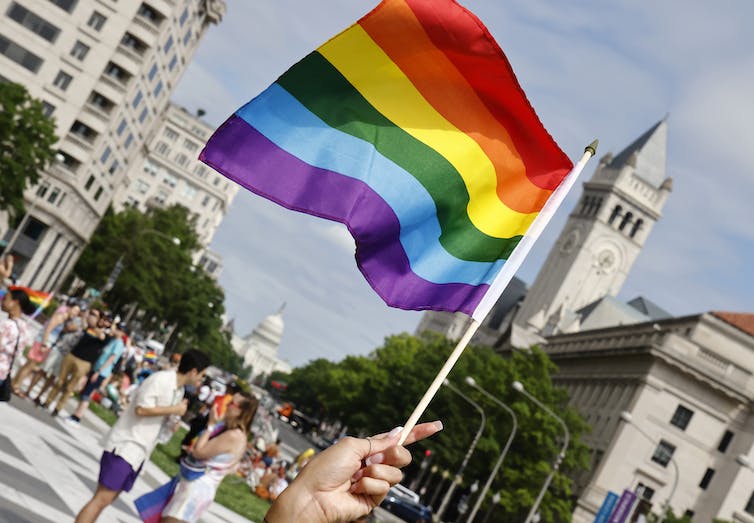