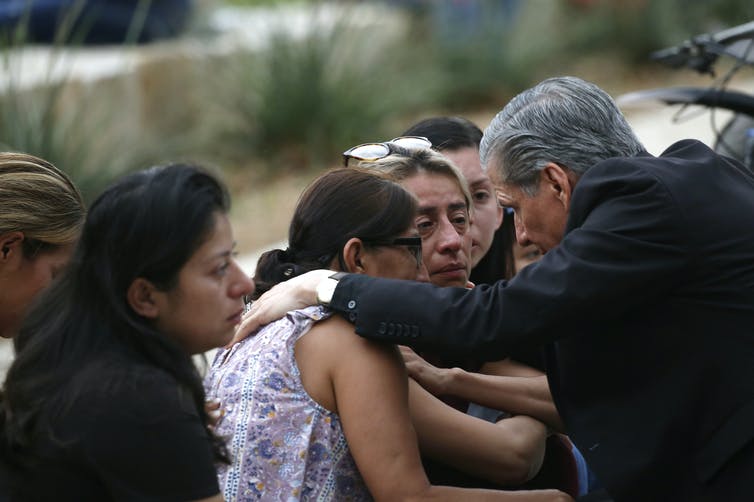 When the Columbine High School massacre took place in 1999 it was seen as a watershed moment in the United States – the worst mass shooting at a school in the country’s history.

Now, it ranks fourth. The three school shootings to surpass its death toll of 13 – 12 students, one teacher – have all taken place within the last decade: 2012’s Sandy Hook Elementary attack, in which a gunman killed 26 children and school staff; the 2018 shooting at Marjory Stoneman Douglas High School in Parkland, Florida, which claimed the lives of 17 people; and now the Robb Elementary School assault in Uvalde, Texas, where on May 24, 2022, at least 19 children and two adults were murdered.

We are criminologists who study the life histories of public mass shooters in the U.S. As part of that research, we built a comprehensive database of mass public shootings using public data, with the shooters coded on over 200 different variables, including location and racial profile. For the purposes of our database, mass public shootings are defined as incidents in which four or more victims are murdered with at least one of those homicides taking place in a public location and with no connection to underlying criminal activity, such as gangs or drugs.

Our database shows that since 1966, when our database timeline begins, there have been 13 such shootings at schools across the U.S – the first in Stockton, California, in 1989.

Four of those shootings – including the one at Robb Elementary School – involved a killing at another location, always a family member at a residence. There have been reports the most recent perpetrator shot his grandmother prior to going to the school in Uvalde, although that has yet to be officially confirmed.

The majority of mass school shootings were carried out by a lone gunman, with just two – Columbine and the 1988 shooting at Westside School in Jonesboro, Arkansas – carried out by two gunmen. In all, some 146 people were killed in the attacks and at least 182 victims injured.

The choice of “gunmen” to describe the perpetrators is accurate – all of the mass school shootings in our database were carried out by men or boys. And the average age of those involved in carrying out the attacks was 18.

This fits with the picture that has emerged of the shooter in the Robb Elementary School attack. He turned 18 just days ago and purchased two military-style weapons thought to be the ones used in the attack.

Police have yet to release key information on the shooter, including what motivated him to kill the children and adults at Robb Elementary School. The picture of the shooter that has emerged conforms to the profile we have built up from past perpetrators in some ways, but diverges in others.

We know that most school shooters have a connection to the school they target. Twelve of the 14 school shooters in our database prior to the most recent attack in Texas were either current or former students of the school. Any prior connection between the latest shooter and Robb Elementary School has not been released to the public.

Our research and dozens of interviews with incarcerated perpetrators of mass shootings suggests that for most perpetrators, the mass shooting event is intended to be a final act. The majority of school mass shooters die in the attack. Of the 15 mass school shooters in our database, just seven were apprehended. The rest died on the scene, nearly all by suicide – the lone exception being the Robb Elementary shooter, who was shot dead by police.

And school shooters tend to preempt their attacks by leaving posts, messages or videos warning of their intent.

Inspired by past school shooters, some perpetrators are seeking fame and notoriety. However, most school shooters are motivated by a generalized anger. Their path to violence involves self-hate and despair turned outward at the world, and our research finds they often communicate their intent to do harm in advance as a final, desperate cry for help. The key to stopping these tragedies is for society to be alert to these warning signs and act on them immediately.